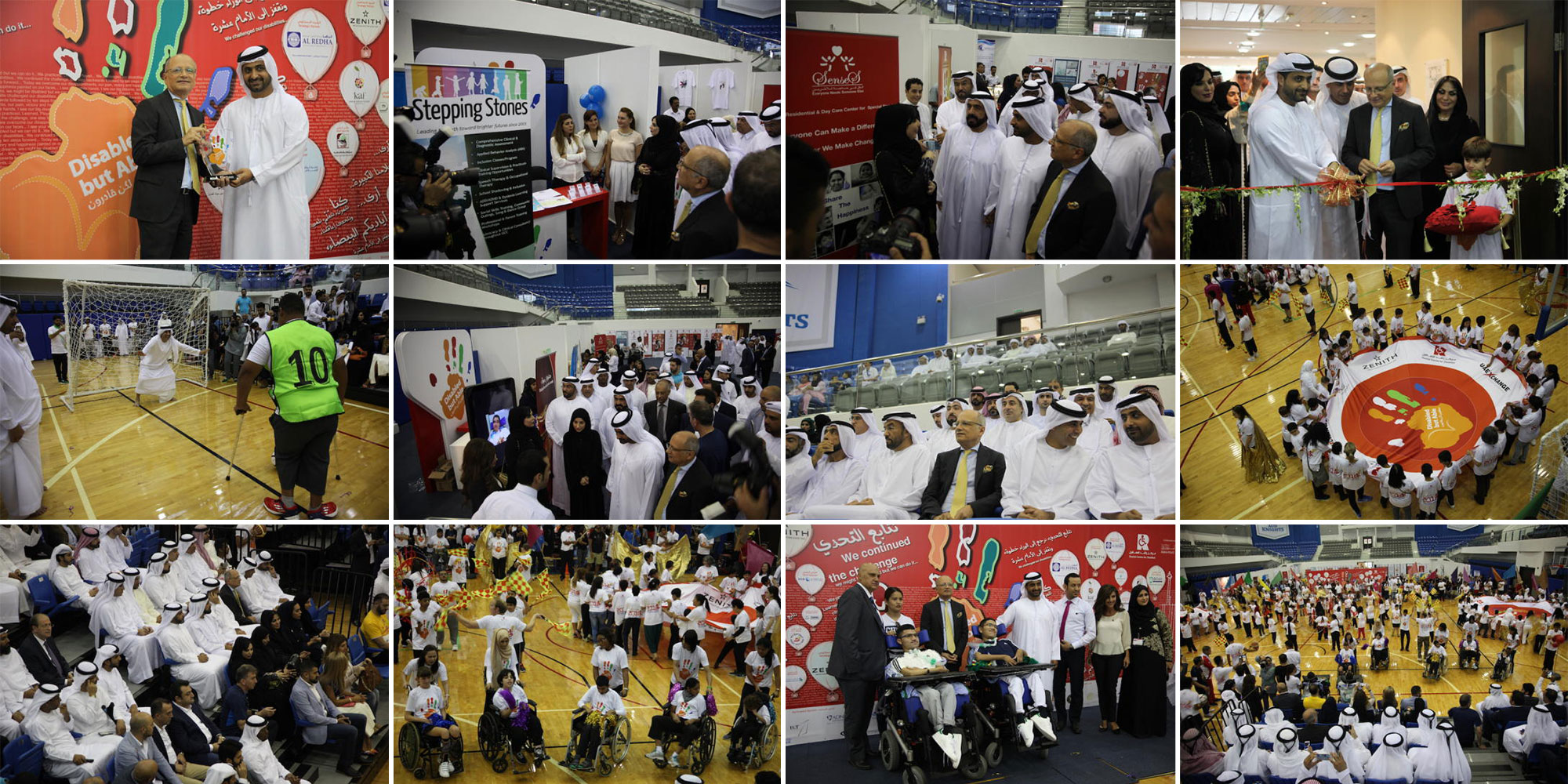 They were lively, energetic and scored goals from their wheel chairs. Yet nobody found them differently-abled.

The scene was from the annual Rashid Centre Sports Festival held at the American University in Dubai, where students competed in friendly matches, proving that they can overcome their disabilities.

A colourful opening ceremony kick-started the one-day event followed by football and basketball games where students teamed up with their teachers and volunteers from the government and private sector.

The tenacity of the students was exemplified by Ali Hussain, who scored a basket from his wheelchair to beat the team composed of some volunteers from Dubai Police in basketball. Ali was also a part of the HSBC football team and he again inspired his team after he hit the back of the net with a penalty goal.

"We are providing different types of therapy at the centre and we challenge our students to overcome their disabilities. Although they have special needs, we should look past their disabilities to give them the confidence to become productive members of society.

"We are also educating everyone - those who are called 'normal people' -to make them understand that these children are special needs kids and they are not meant to be shunned from society but rather cherished with open arms," Othman added.

"The boundless energy and positive spirit of the kids are really contagious," sports and recreational coordinator Khalid Said said.

"Everyone's a winner. even the teachers and volunteers had so much fun as much as the students who participated in the games."

One of those who played with the students was Khaled Diab, regional general manager of Qnet Mena.

He said: "We strongly support the centre's initiatives in providing opportunities for children with special needs to be active and physically fit and healthy.

"All these children can benefit from the exercise and pure enjoyment of playing sports, letting their young active selves explore the outside world whilst teaching them the value of team effort," Diab added.