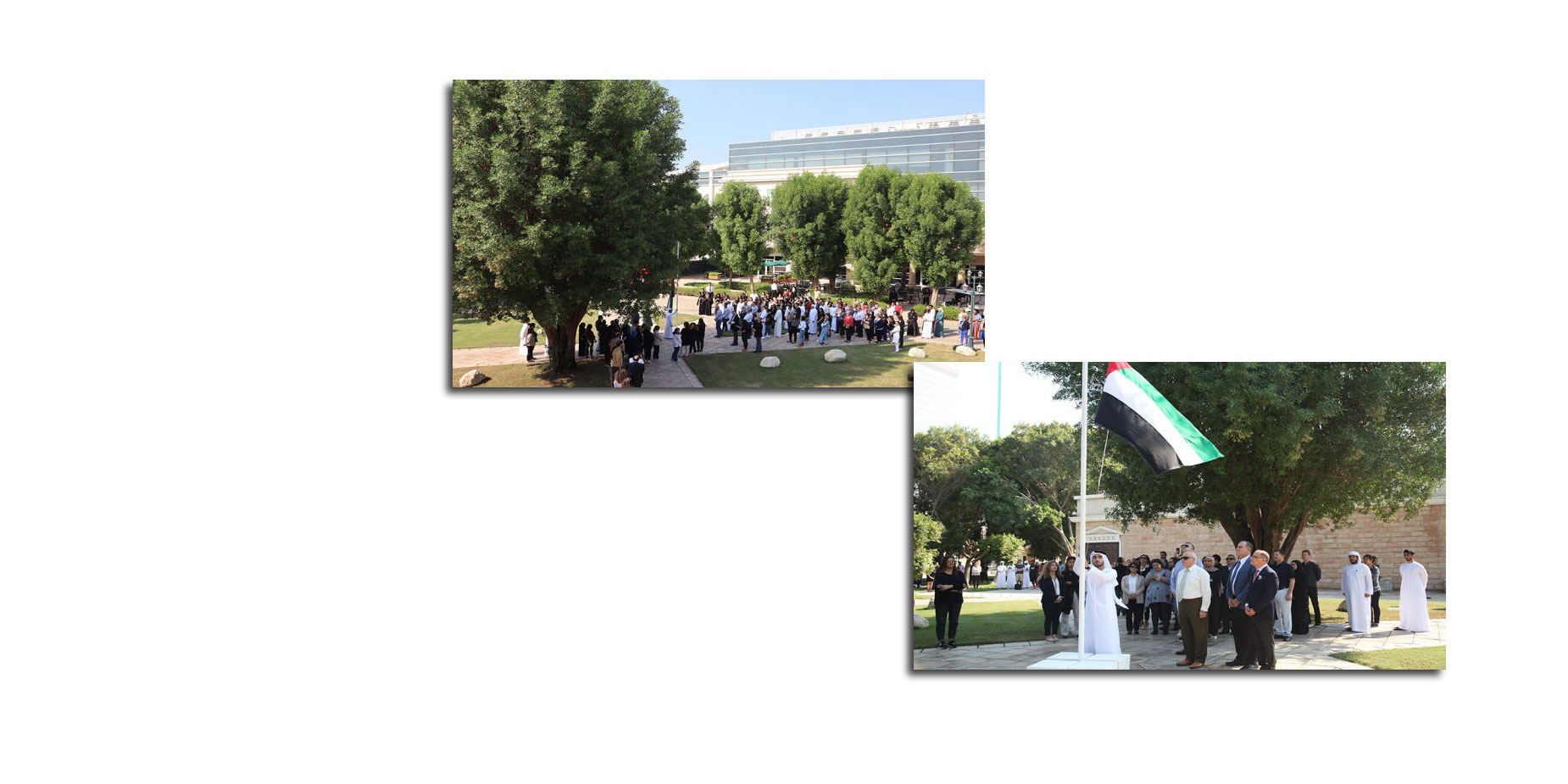 The American University in Dubai celebrated Martyr Day in the presence of the Dr. Lance de Masi

The American University in Dubai celebrated Martyr Day in the presence of the Dr. Lance de Masi, President of the University, members of the administrative and teaching bodies, and students.

After the ceremony, the university president planted two ghaf trees on campus. The ceremony began with a minute of silent prayer for those who gave their lives to the nation, and then raised the flag accompanied by the national anthem.

The student Rashed Saif Al Marri, the President of the Emirati Club, also delivered a speech in which he pointed out that the Martyr Day is a national day in recognition of the sacrifice of its martyrs. Today is a reminder of the pride in the values ​​of dedication, sincerity, loyalty and belonging that are planted in the hearts of the UAE citizens.

Shama Bader Al Muhairi, Vice President of the club, also gave a speech in English in which she expressed the meaning of Martyr Day and the importance of celebrating it. After that, the university president planted two ghaf trees with the participation of Dr. Jihad Nader, Vice President, Dr. Imad Hoballah, Provost and Chief Academic Officer, and local students.

This is a translation of the journey initiated by the late Sheikh Zayed bin Sultan Al Nahyan.