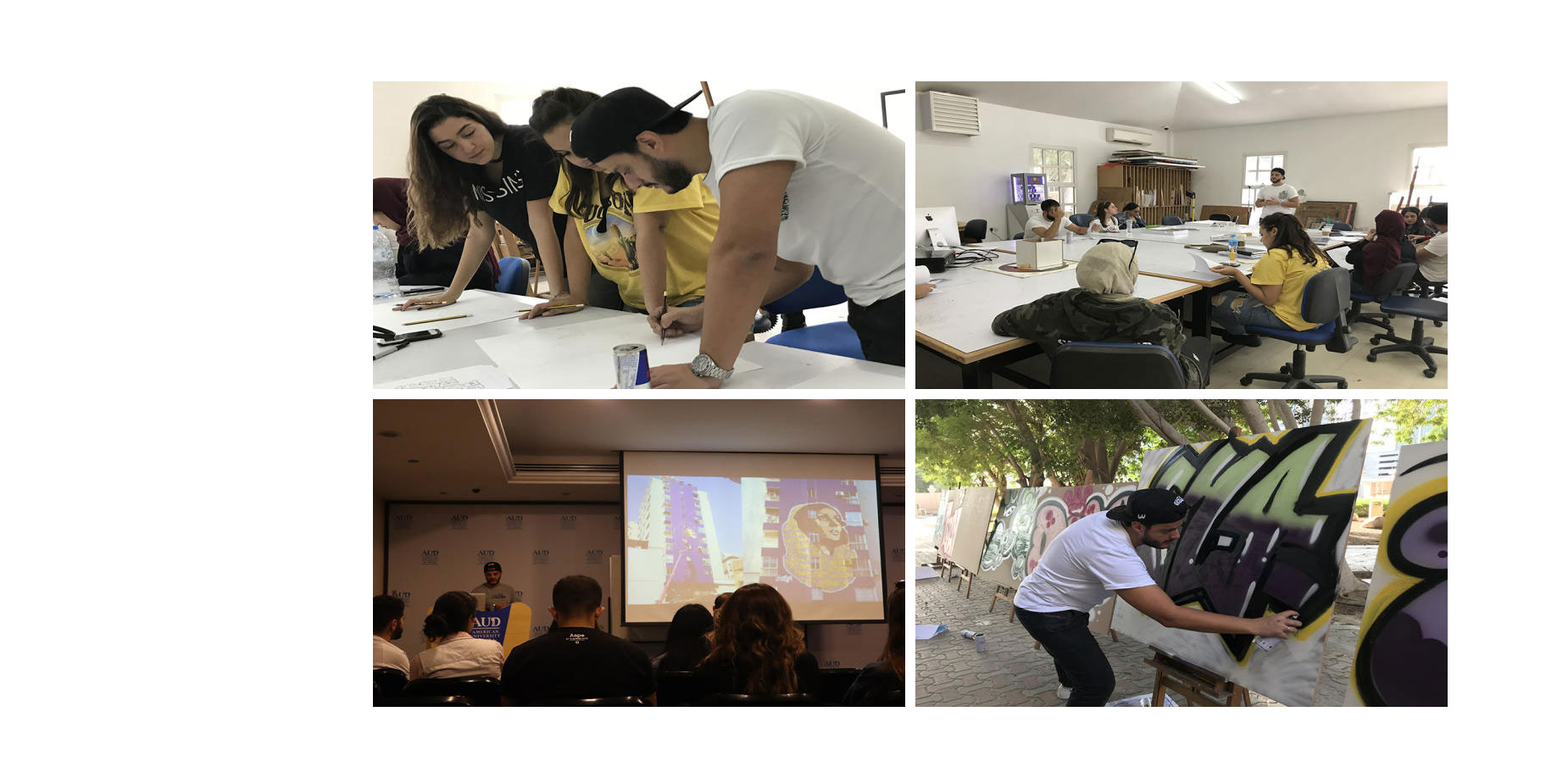 Omar Kabbani, one of the Ashekman twins, told the brand’s story, sharing the vision, the history and the works. With their calligrafiti murals spreading all over Lebanon and the Arab region, Ashekman tells a story of resilience and creativity across the streets and over the buildings. The Ashekman story also includes Arabic Street Wear as well.

Fifteen students participated in the Ashekman Graffiti 101 workshop, held Saturday, November 3, as part of the Brandvertising Series activities where they worked with Ashekman in an exclusive workshop, producing their own artwork, to be displayed upon completion.

“I am so proud of the Ashekman team. Ashekman has a beautiful story of creativity that knows no boundaries.” Says Professor Dina Faour, Outreach Coordinator and Brandvertising Series curator “These two brothers took their design skills beyond the conventional; They set their own rules, made their own statement and made it loud.”
Over 7 hours, each student produced an 8 x 4 feet artwork, part of a larger mural that celebrated the concept of freedom, the theme set for the capstone project for the class of 2019.

Professor Dina Faour, Outreach Coordinator and Brandvertising Series curator explains: “The true meaning of freedom lays at the core of being creative: when you free your mind enough to create, you create your own freedom.”

While the seniors worked on their own individual interpretations of freedom, the juniors came together and worked with Ashekman to produce this mural of freedom. “We are so thankful for Ashekman and their creative contribution today. This was a true active learning experience no one will ever forget.”