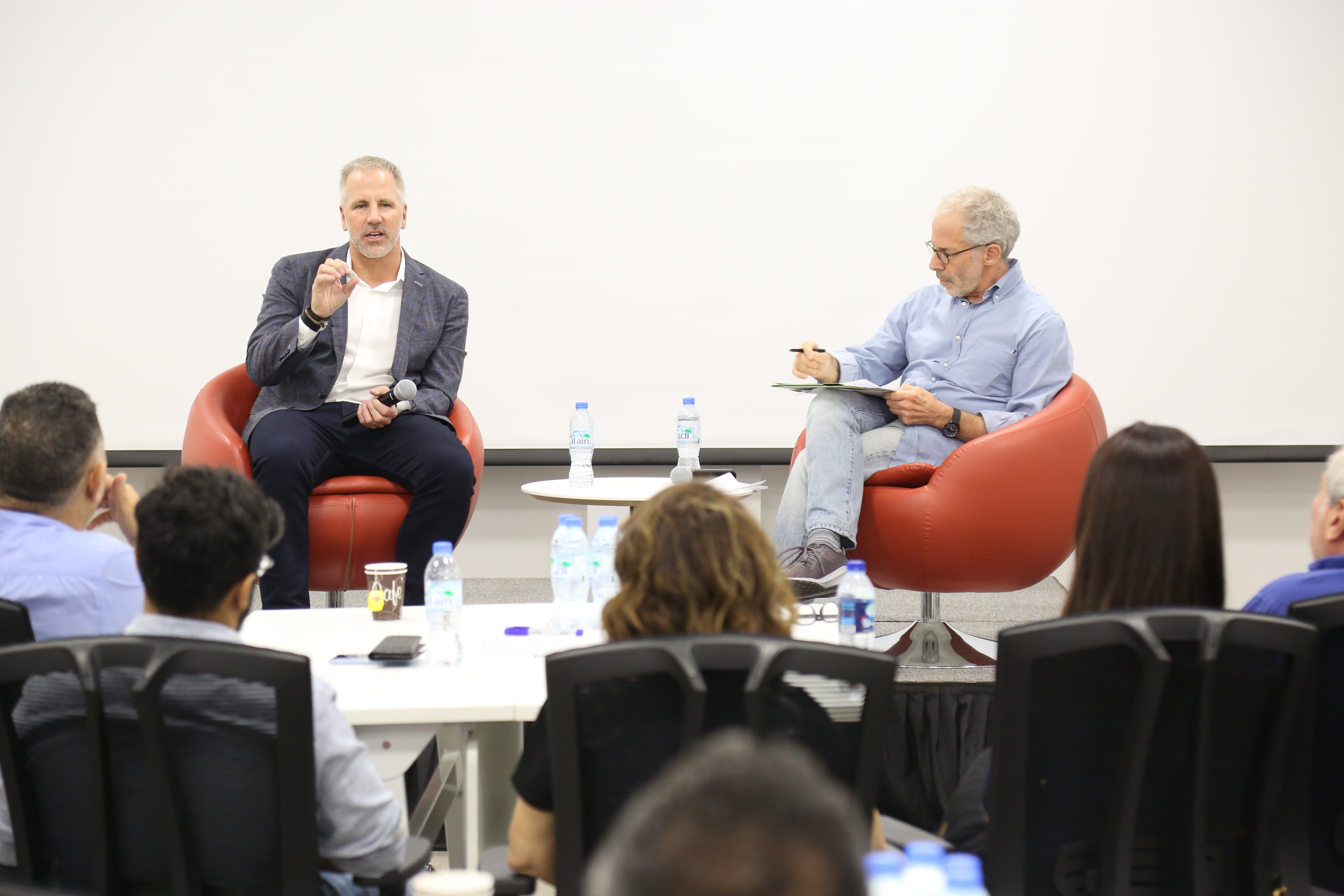 The Mohammed bin Rashid School for Communication at the American University in Dubai held an executive session on Tuesday, October 1, exclusively designed for media professionals.

The session consisted of a Q&A with Mr. Brearton moderated by Mr. Charles Schreger, HBO Executive Vice President for Special Projects, and Visiting Professor at the MA in Leadership and Innovation in Contemporary Media (LICM) at AUD. The session was attended by a number of faculty & staff at the university, and a group of media professionals and influencers on the social networking sites.

The session shed the light on MGM’s strategy of creating, producing, and distributing feature films & television shows globally. It also mentioned the future of Hollywood productions, and the possibility of producing a Hollywoodian- Arabic content.

Brearton also shared with the attendees his starting journey with MGM as a lawyer and counsel to the company’s executive team.

This session is the second series of executive sessions held at the university. The first session took place last September with Charles Schreger. The session made an important overview of the changing media landscape and give insight into how HBO has adapted to this change. Mr. Schreger is currently responsible for the domestic and international distribution of original programming produced by HBO.

As for the importance of the executive sessions, Elissa Ayoub, the Associate Dean at the MBRSC, commented: “The MBRSC is dedicated to foster lifelong learning beyond the university experience. The Executive Sessions, aligned with the MBRSC mission, expose media professionals to key figures within a rapidly evolving media landscape to equip them with the professional knowledge they need.”