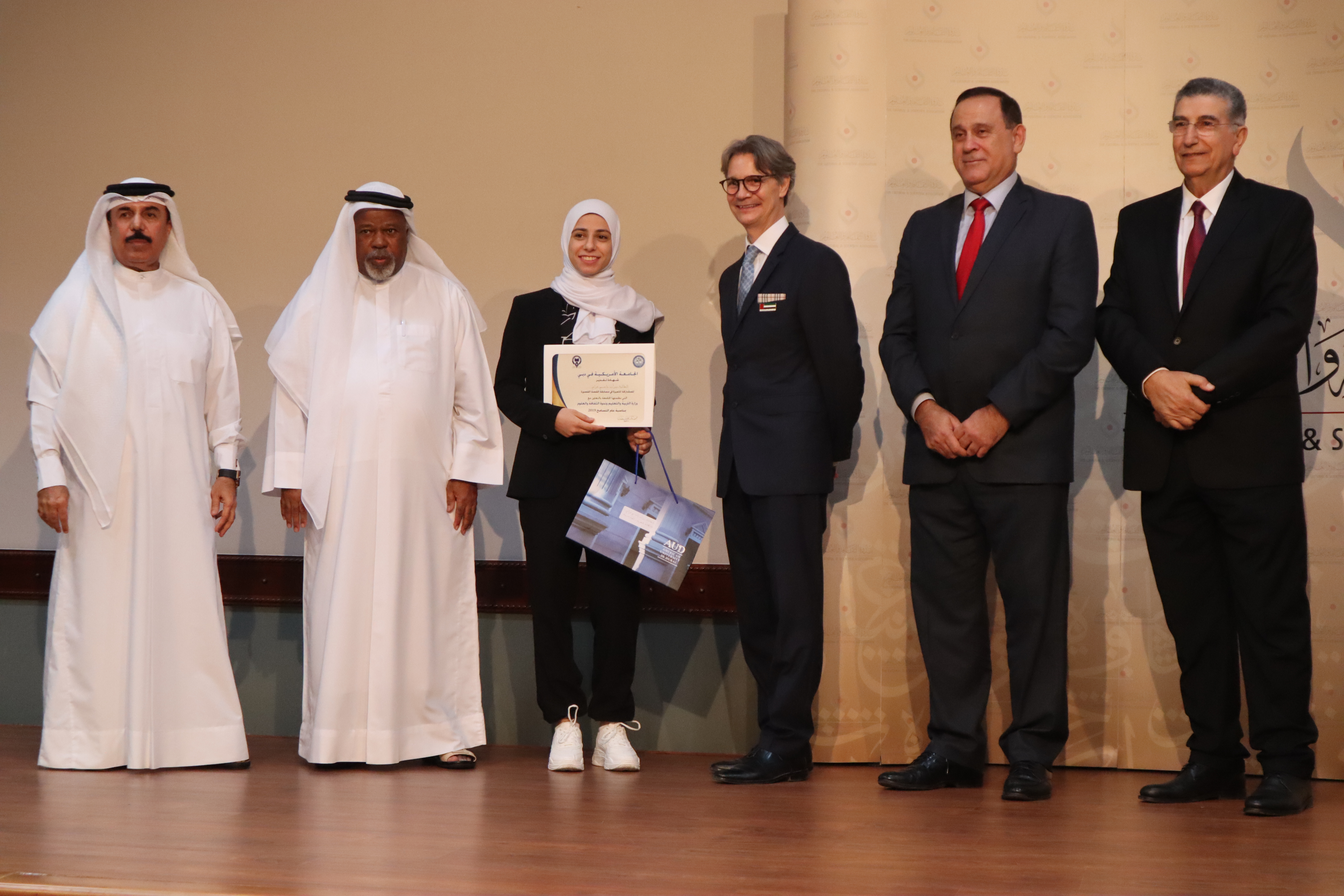 Israa Yousef, a student at Al-Ahlia Charity School in Dubai, has won first place in the short story competition organized by the American University in Dubai, on the occasion of the Year of Tolerance, and in cooperation with the Ministry of Education and the Culture and Science Symposium. The theme for the competition was “Tolerance,” and the first prize is a full scholarship to AUD worth about AED 400,000.

The competition had 120 student participants from government and private schools, with stories written in both Arabic and English. The winners were announced yesterday during a ceremony held at the Culture and Science Symposium in Dubai.

The top ten short stories in Arabic and the top three in English were honored.

Mr. Ali Obaid Al-Hamli, Vice President of the Culture and Science Symposium and Chairman of the Jury, delivered a speech in which he praised the role of AUD in organizing the competition. He congratulated the winners and spoke about the role of the Culture Symposium in supporting cultural activities and serving the community. He listed the stages of judging the competition and selecting the first prize winner from among the participants. He also mentioned that the Symposium will print the best stories from the competition in a book, in order to encourage students.

Dr. Imad Hoballah, Provost and Chief Academic Officer of AUD delivered a speech in which he congratulated all participants in the competition and pointed out that they are all winners for their participation in writing about tolerance.

Nadir Makansi, Media Consultant at AUD, delivered a speech in which he confirmed that the university will launch two competitions early next year for high school students, in cooperation with the Dubai Press Club and the Ministry of Education for the Mohammed Bin Rashid School for Communication. Each competition will award a full scholarship for the first-prize winner.

At the end of the ceremony, the schools with the most participants were honored:

The winners in English are:

The winners in Arabic are: 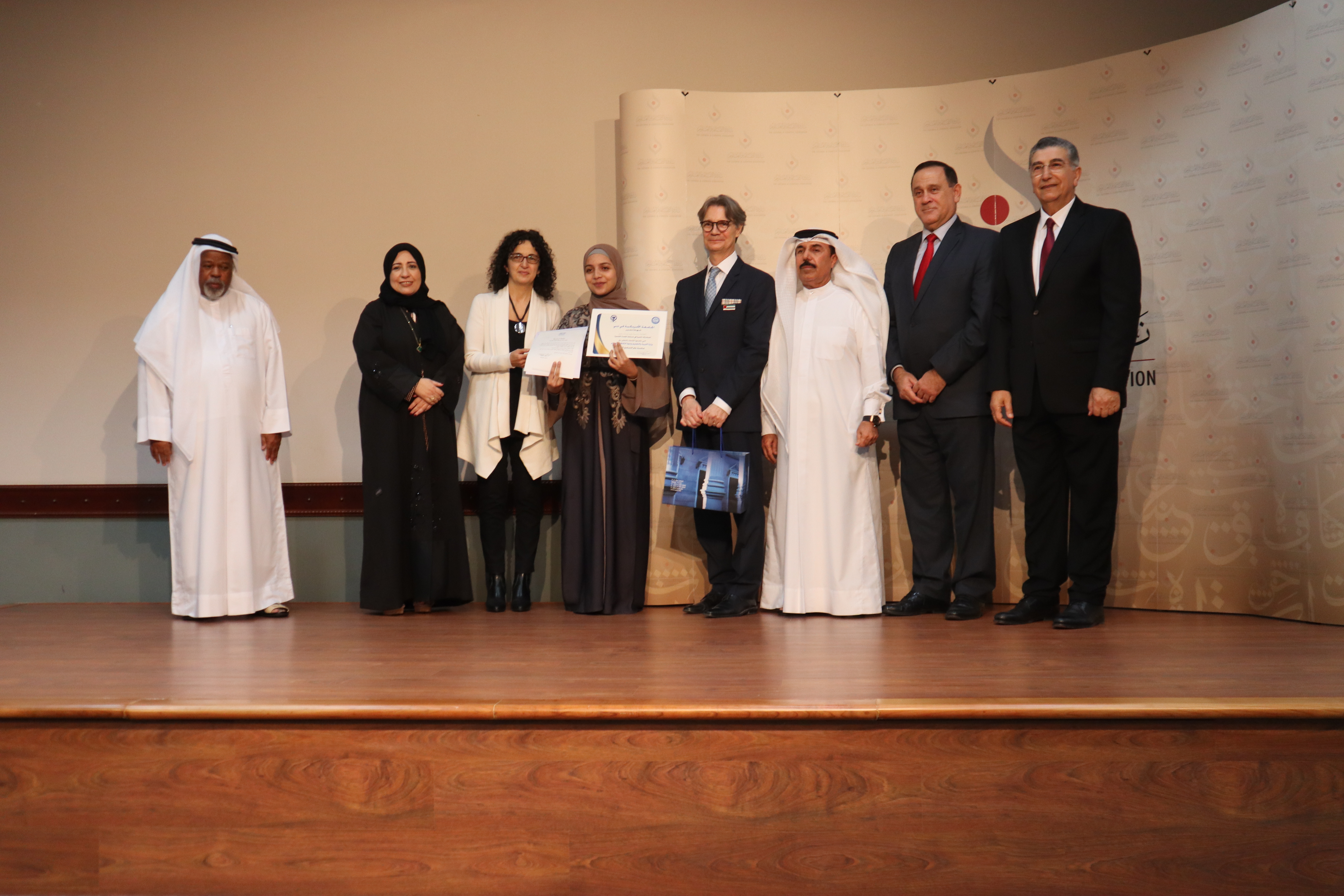