A delegation from the Dubai Police visited the Mohammed Bin Rashid School for Communication at the American University in Dubai on April 10, 2019 headed by Major Saif Al Zaabi, accompanied by female Special Weapons and Tactics (SWAT) team and VIP protection members.

The delegation attended a special screening for “Dushma” documentary, produced by a group of MBRSC senior students: Ahmed Hafiz, Dina fayad, and Ghazal Hatem. The documentary sheds the light on the female SWAT team in Dubai through following the lives of 2 of the female officers on and off duty.

The screening was also attended by Dr. Jihad Nader, Vice President for Institutional Advancement and Development, Dr. Carol Moufarrej, Associate Dean at the MBRSC, faculty, staff members, and a number of students.

Major Saif Al Zaabi praised the high production value of the film, which in his opinion competes with professional work in the field of film production. He also thanked the team and the MBRSC for highlighting such an important and vital SWAT team of the Dubai Police.

The 20-minute film showcased the challenges these female officers face, juggling their family life with hard-core trainings and missions.

At the end of the visit, Dr. Jihad Nader presented a trophy of appreciation to Major Saif Al Zaabi and certificates to the female officers, for the support they generously offered to MBRSC students and for their continuous efforts to make Dubai a safer place. Dubai Police has adopted “Dushma” documentary as a platform to showcase the advanced level of training and skills of the female SWAT team and VIP protection members in Dubai. 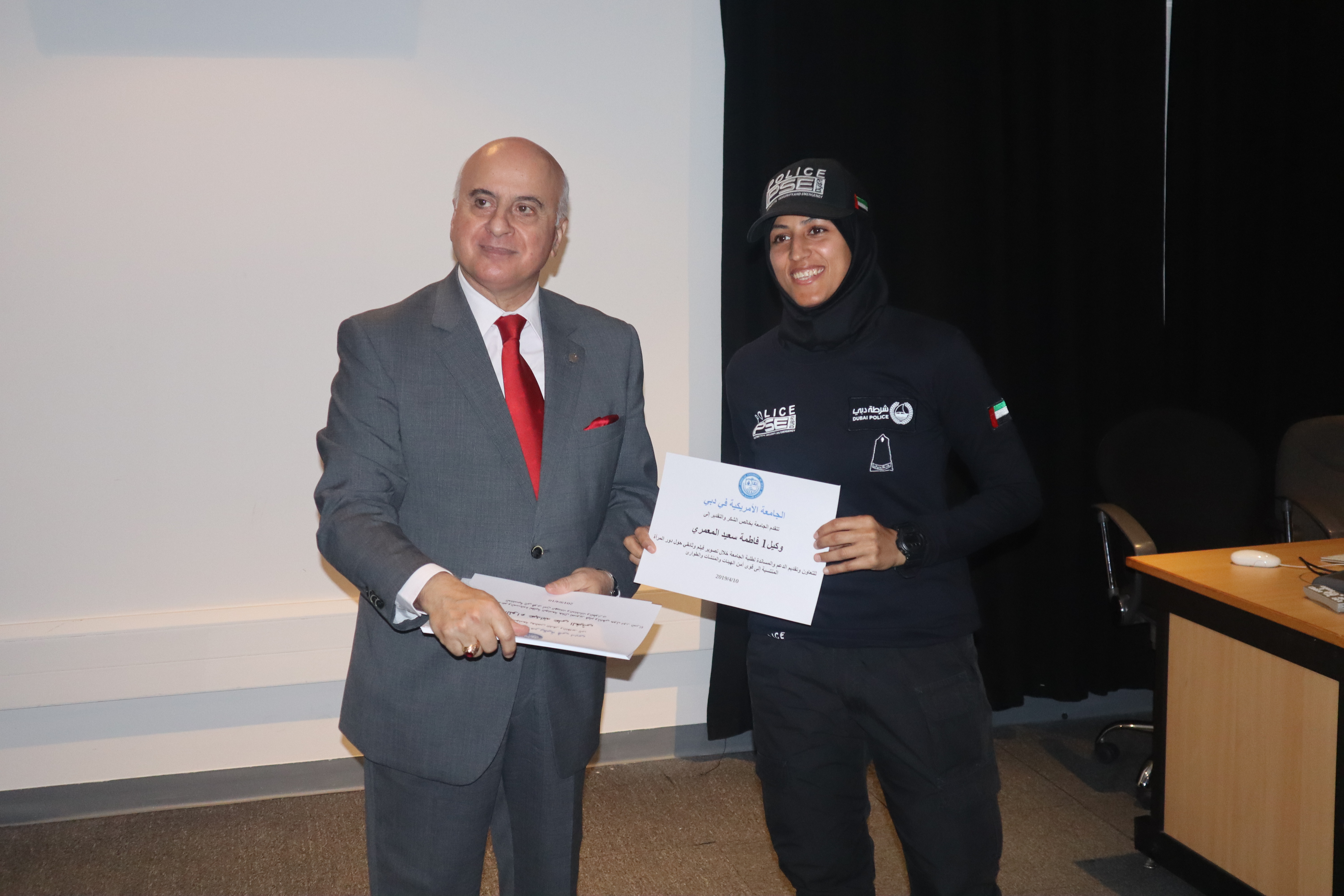 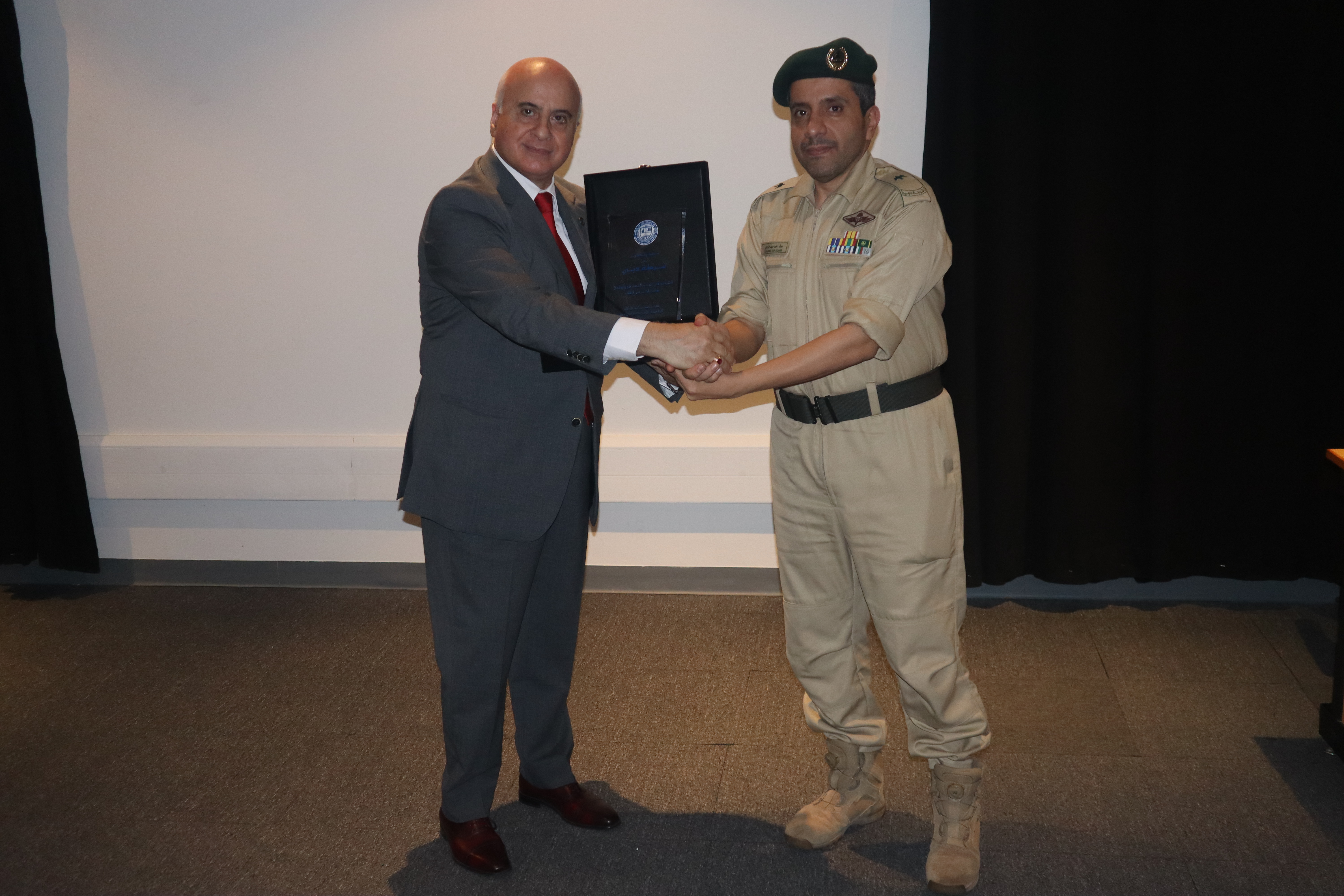