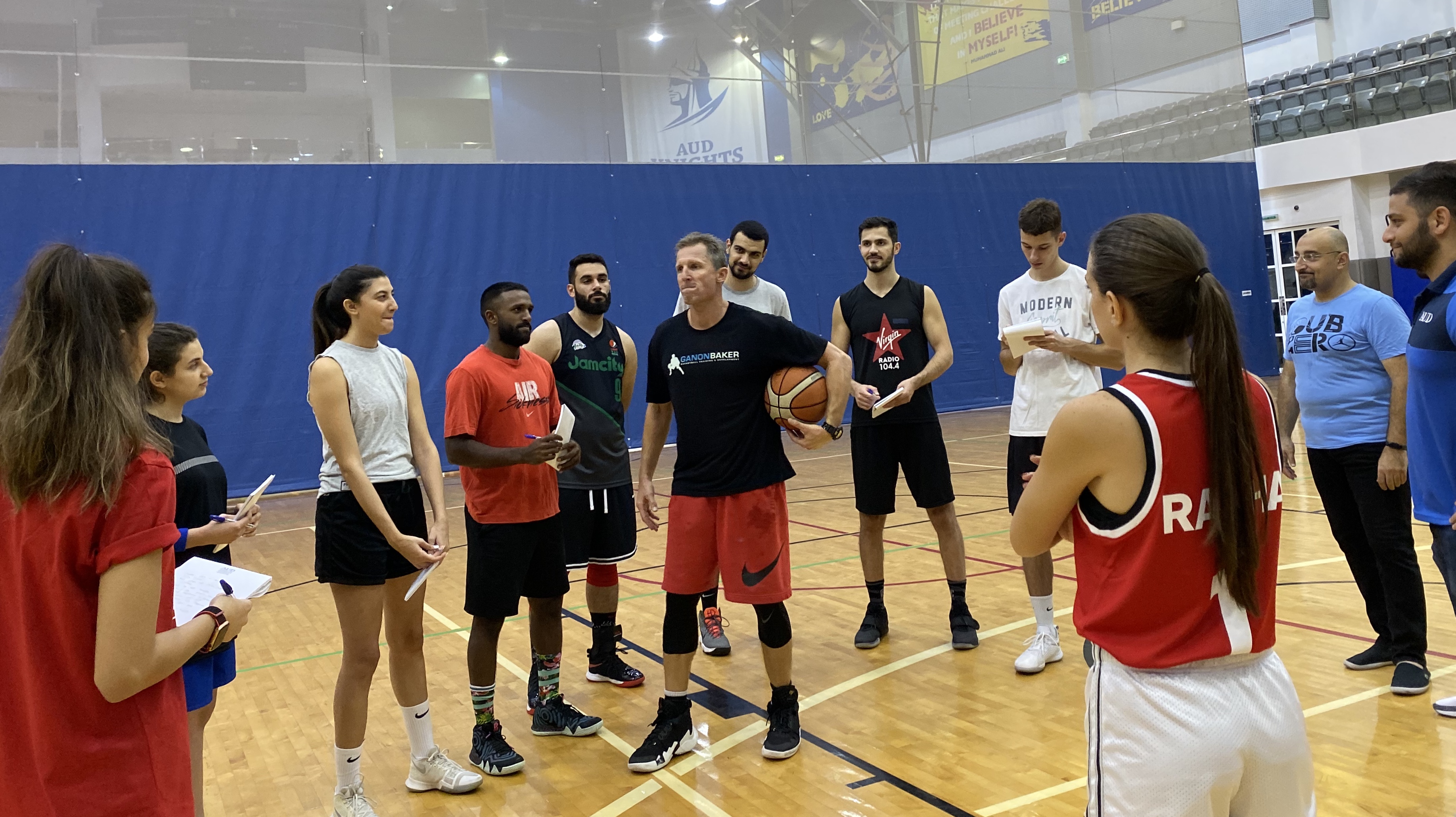 The American University in Dubai’s Athletic Department, hosted an NBA workshop on December 15th and 16th for the mens’ and womens’ basketball teams in collaboration with the National Basketball Association (NBA) and the US Consulate in Dubai. The workshop aimed at sharing best practices, experiences, and training tips to the university’s basketball teams. The workshop took place on campus in the university’s Arena.

The first day of the workshop on December 15th began with sessions for both the mens’ and womens’ teams featuring esteemed NBA players Andrea Stinson, Leslie Johnson, Tom Hammonds III, Tom Hammonds IV, and Kenny Gattison. The NBA and WNBA players gave our AUD athletes a look into the lives of professional basketball players from the passion that drives their success to correcting their form during a friendly match and drills.

The second workshop was a joint session for both the men’s and women’s team led by world renowned coach Ganon Baker, who has trained top players such as Kobe Bryant, Lebron James, and Kevin Durant. Baker discussed various basketball topics such as the ability to read different situations of the opposing defense, tips to reduce turnovers during the game as well as tips on using the pick& roll or pick& pop effectively. He also touched on serious life topics including the importance of consistency and work ethic, what it takes to be a professional: sacrifices, evaluating one’s current state as an athlete and lastly taking ownership and responsibilities for one’s life.

“This workshop provides the opportunity to motivate our players to move forward and chase their dreams to upper their level and maybe just maybe play as professionals one day! In addition, the workshop will provide an in depth understanding of the game, the sacrifice and what it takes to be a professional player, to take ownership and responsibilities and work as a team  and for our coaches to ask and learn from the best.” Joseph Nora, AUD Athletics Manager.

These workshops are yet again another example of AUD’s ongoing focus in bridging industry expertise with academia to ensure students are best equipped across all fronts.